Reflection for a Wet Winter Night 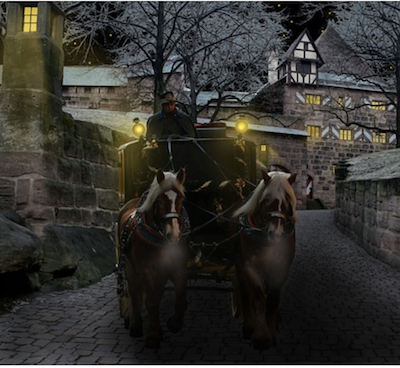 The contemplated night gathering in the Meditation Shelter to quietly mark the new year did not happen. Illness in the community, the travel of some to distant family, and the exigencies of settling children for bed after early evening merriment, storytelling, and music kept folks away. As it has been doing for days at a time for months, it was raining, a chilly drizzle that strangely warmed as the night progressed.   Walking home in the dark mist, I imagined the Shelter glowing with candlelight, the fire in the wood stove singing.  I saw us gathered close in, the benches in an embracing circle. There is silence, some poetry, a few words. Then we are dancing in a circle to a haunting Armenian melody, gently raising candles to the center, the golden light falling on each beloved face.  We are dancing to honor the night, one another, and loved ones now gone. At some point, I share this reflection….

As the season began, we gathered in the Meditation Shelter to offer thanks, to re-awaken to the wonder that “many millions of things come together in order for us to take even one more breath of air…that we are miraculously, part of something, rather than nothing…”(David Whyte). Now, on the threshold of winter, at the solstice, the turn of the year: the question is not only why we are part of something rather than nothing, but how that something can hold both shadow and light, bitterness and poignancy, cruelty and love.

A week or so before Christmas, two dear little neighbors, girls 8 and 5, came over to help bake cookies. We rolled the sweet dough, cut trees, bells, angels, and reindeer. We sprinkled bright crystals of red, green, and white sugar, added rainbow nonpareils and slivers of chocolate. While the cookies baked, filling the small house with the aroma of warming butter, brown sugar and vanilla, we played at building imaginary villages whose tiny inhabitants were in great anticipation of good things coming.

For days afterwards the sky remained overcast. Though the air had a wintry chill, the landscape was bereft of snow; instead it rained. The Shenandoah River was over its banks, the gravel road under siege from torrents of creek water pouring through gullies and cutting spontaneous small tributaries. Deer Spring burst through the earth in new places, turning the path into a waterfall and casting stones, leaves, and little logs into chaos. On a cold morning, what was left of the icy, muddy path sucked at my boots.

As I slogged along, I remembered the recent news stories of other little girls, in Yemen and the U.S.-Mexico border, and my mood sank into the mire and sodden leaves. Snatches of a song written by a friend for a Christmas play decades ago drifted through my mind:

So much is wrong with the world. Grief is a cloud of darkness that envelops the far away and the very personal: the suffering of a tiny girl time zones from here, the death of a dear friend close by in community, the wounded landscapes in which we live, our imperiled planet, the ache for loved ones on difficult paths.

Meanwhile, as it has done since the dawn of time, the Earth has tilted as far as it ever will away from the sun. Our daystar has reached its farthest southward point in its journey around the horizon, and has begun to return, bringing back the light.

Michael Meade writes that at the close of a tragic year, amidst a deeply troubling time,

...it is a sense of timelessness that is most needed. The instinct to gather together in the season of darkness and in times of tragedy is ultimately deeper and greater than all the conflicts and wounds that divide us. At the still point of midwinter the sun pauses amidst the darkness and there may be no better time to rekindle the instinct for uniting together and expressing love, care and inclusiveness.

Alongside the injustice, cataclysms, and mayhem we are still re-weaving the world, awakening to the animate, wheeling universe in which we are held. Intentionally or not, we are releasing the greater forces of love, compassion, and justice into the world. Amidst all the turmoil and the sorrow, with full and broken hearts, we remain engaged in what Joanna Macy calls “the essential adventure of our time”.

And there is this: at the darkest point of the year, imagination bursts like a comet in the night sky, trailing dreams, stories, and hope. Recently, storyteller Martin Shaw sent out a letter of encouragement called “A Mid-winter’s Night Dream“. The dream begins with a carriage pulling up outside your window, lanterns swinging merrily, to take you away to a party where Nusrat Fateh Ali Khan is making music with Van Morrison and a group of lute playing troubadours sent exclusively for the night by Eleanor of Aquitaine. You travel to the forests of Sherwood and wander through the Louvre with Frida Kahlo. You visit Shiraz, the Persian city of poets and wine, where you meet Hafez throwing keys to prisoners. You drink Margaritas on the roof and lead toasts with the Baal Shem Tov. Just when you think things are winding down, you are admonished, “There is no need to leave just yet. You can come back anytime you want…”

In the midst of a cold, sodden, and broken world, we can be warmed back to life by the wild fire of imagination, humanity’s essential, illumined portal to timelessness and hope. The Mid-winter’s Night’s Dream ends with the prayer,

“Let this night be with you always. Don’t ever give up on love.” May it be so.