A Prayer in the Divine Night 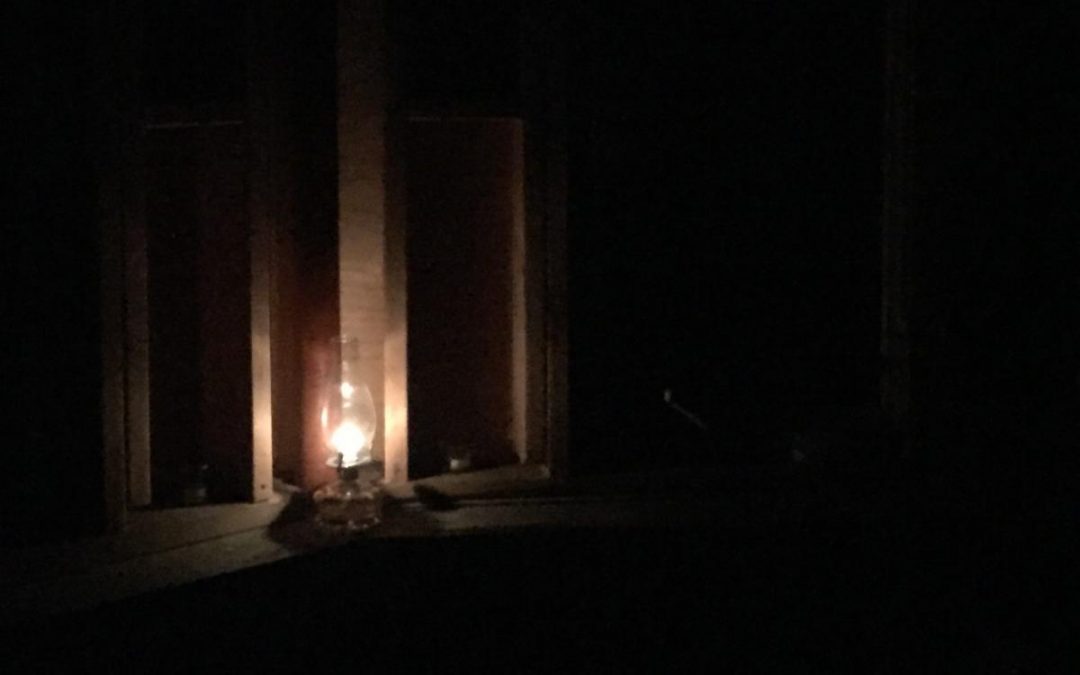 A new year’s turning at Rolling Ridge. The moment held a peculiar potency, for it passed on the hinge of a turbulent decade, when so much is at stake. The Earth and all her inhabitants, all that we love, is in dire straits. There is an instinct within us in such times to gather together and rekindle the fires of meaning, vision, love, hope. Perhaps the holiest grace of Rolling Ridge is that it offers a sacred, wild space where these impulses of the human soul can flourish.

And so, on New Year’s Eve, a small group of people walked out of the Retreat House and gazed in awe at the waxing crescent moon, a bright circlet of light in the black, starlit night. We processed in silence under that moon, which winked at us through the twining branches of the dark forest, walking through this patch of borderland situated beside an ancient, storied river. In minutes, we reached the round, stone building, the Meditation Shelter, which glowed with candlelight from within, inviting us. We gathered inside, sitting on benches pulled into a rough circle, and waited in firelight for what was to happen.

Geneen Haugen has written, “Even amidst such devastating loss of culture, languages, wild lands, and species—magic and mystery still occupy the borderlands of civilization, waiting patiently for us to remember that we don’t know everything about the nature of so-called reality, or even about our imaginative capacity to create other possibilities, other ways of being human.”

When so much is falling apart, when the news from the chambers of power in our nation and around the globe is ever more appalling, and the images of burning grasslands and gushing glaciers ever more horrifying, it is possible to remember that there is more to this world than jams the airwaves or meets the eye.

That night we bore witness to emissaries from a deeper realm, emissaries in poetry, chant, story, dance, and fulsome silence. We remembered then what we had known once long ago: that the wheeling seasons, the passing moons, and the arcing sun weave the Earth into being again and again. Deep in the humus even now, seeds dream of their future shapes, turning restlessly in the black soil. Michael Meade says, “In many ancient traditions the year and the world were intertwined. The advent of a New Year renewed time, but also restored the potential of the living earth. The world was known to renew itself all the time in the secrecy of forests, in the mystery of beehives, and in the hearts of those who commit fully to life.”

As we enter a new, precarious year and decade, it is good for heart and soul to keep this in mind.

The moment in the Meditation Shelter closed with a dance; a solemn, heartfelt, quietly joyful dance holding one another in a circle, raising candles gently into the enfolding dark. The light fell onto each beloved face and all the unseen ones who surrounded and held us there. It radiated into the forest beyond and up to the starlit sky, a prayer in the divine night for all that we love.