Reflection for a Still Point workday 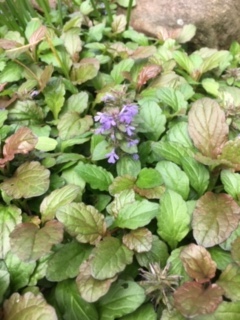 Still Point Mountain Retreat is a sister community to Rolling Ridge Study Retreat. Located nearby, adjacent to the Rolling Ridge Foundation lands, Still Point exists for the same reasons and does the same work of wilderness preservation and hospitality for those seeking deeper connection with nature and soul. On a recent Saturday the Still Point partners gathered for a workday and meeting, at which I offered a version of the reflection below.

As I was preparing the reflection for publication, the summary of the new report from the U.N. on the decline in biodiversity entered the news. It said that as many as one million plant and animal species are at risk of extinction, and much sooner than we thought. The rate and scope of these extinctions is devastating, and the consequences are dire. Robert Watson, chair of the group that conducted the assessment said, “For a long time, people just thought of biodiversity as saving nature for its own sake. But this report makes clear the links between biodiversity … and things like food security and clean water in both rich and poor countries.”

This morning as the sun rose behind pink clouds, the grasses grew thick and fresh on the slope by Deer Spring Creek. Leaves glistened greenly on the tree branches; birdsong rose among the branches, violets rimmed the lemon balm, and lavender blue blossoms decorated the ajuga. Mist, that lovely and mysterious element, wafted through the trees as the breathing forest awakened to another day on this mountain.

Last month a good friend had written to share that he had been “…drawn to track more closely what’s arising around serious scenarios of what’s ahead as we continue business as usual in the face of enormity of the climate change we are heading into. I have a small stack of well-thought-out articles– things like ‘Deep Adaptation’ by Jem Bendell, the recent essays by Dahr Jamail  and his book The End of Ice…, and a long essay by Catherine Ingram a Buddhist dharma teacher (Facing Extinction).  Much is happening with our youth raising their voices as well — school strikes and the Extinction Rebellion. The words of Greta Thunberg…”

While still pondering this note, I read a stunning essay in The Guardian by Robert Macfarlane, “What Lies Beneath.” It begins by talking about what he calls “untimely surfacings” caused by climate change. He writes,

These Anthropocene unburials, as I have come to think of them, are proliferating around the world. Forces, objects and substances thought safely confined to the underworld are declaring themselves above ground with powerful consequences…they are the uncanny signs of a crisis that is already here, accelerating around us and experienced most severely by the most vulnerable.

These unburials also disrupt simple notions of Earth history as orderly in sequence, with the deepest down being the furthest back. Epochs and periods are mixing and entangling. Our burning of the liquefied remains of carboniferous forests melts glacial ice that fell as snow in the Pleistocene, raising sea levels for a future Anthropocene. Both time and place are undergoing what Amitav Ghosh has called “the great derangement”…

We are confronted by turmoil in nature, by irrevocable loss of species: the “crisis that is already here”. Some have called for working through the stages of grief. The question of the moment is, how shall we live and be in this time?

This is when waking up to another morning on this mountain, to a workday at Still Point, takes on a distinct sacredness. It seems to me that this moment in Earth’s story requires a deep response of heart, soul, spirit, mind, and body. Still Point becomes, like Rolling Ridge and similar places and communities around the world, an incubator for our response, a precious and crucial place of deepening connection to nature, to the wild more-than-human ones who travel with us on this beautiful, wandering star, and to one another. In these places it is possible to create and preserve harbors of sanctuary and significance, where we can do the work of soul so necessary in this moment. Here we learn by heart our place in the family of things, and from that place, things may happen both seemingly small-planting a garden, clearing barberry-and global. We learn that we are part of vast ocean of being, “deep time,” to which we are knit with bonds of love and responsibility, and that knowing is like a fire:

Deep time is the catalyzing context of intergenerational justice; it is what frames the inspiring activism of Greta Thunberg and the school of climate-strikers, and the Sunrise campaigners pushing for a Green New Deal in America. A deep-time perspective requires us to consider not only how we will imagine the future, but how the future will imagine us. It asks a version of Jonas Salk’s arresting question: “Are we being good ancestors?”

I do not know how to answer to that question. It is an unfolding path I stumble along with no map and no guarantees. I do know how to be grateful, for the morning’s fresh grass, the birdsong, the violets and the mist; grateful for the places that cradle our efforts to preserve a future for our grandchildren, grateful for those grandchildren, grateful to be awake another day to be and work together on the earthy and soulful tasks before us.